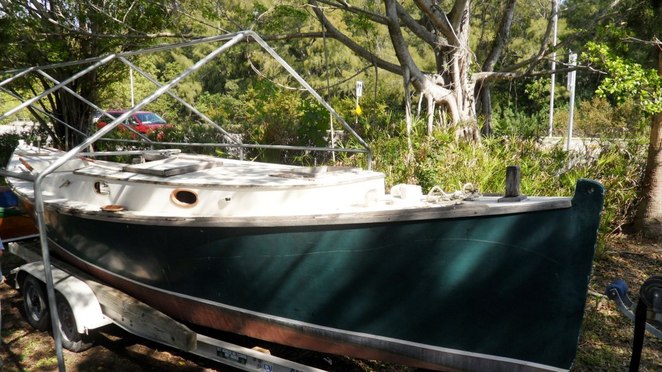 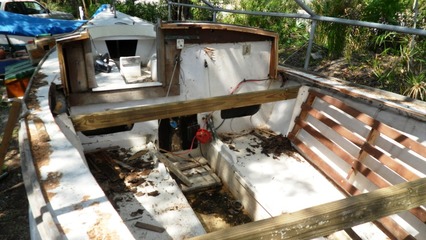 The Egret came to the boat shop as a donation to F. I. S. H. ’s  Turner Youth Challenge program by the Shake a Leg Foundation in Miami (Coconut Grove, actually, the Commodore’s own stomping ground).  Their mission statement has a particular emphasis on youth and reads to “Use the marine environment to improve the health, education, independence and quality of life for all with an emphasis on individuals with physical, developmental and economic challenges.” - Ideals that fit within the Turner Challenge’s mandate.


The boat, built in 1985, came needing a complete rebuilding/restoration right down to its fiberglass hull.  The fiberglass hull is sound, but everything above that had to be removed.  The boat also came with the funds to do the job, donated from another source. 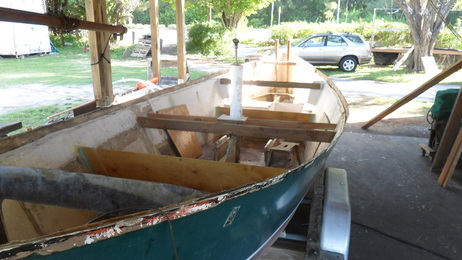 They worked with a set of the Egret‘s plans from WoodenBoat Publications, but with one variation, one  which was also designed by the Commodore. They decided to use a flush deck cabin design which closely matches that of the Melody,  the Commodore’s first boat to be built in Florida.   The rebuilding crew of Bill Stapleford, Joe Hunter and Barry Stephens (when he’s not back home in England) mostly, with occasional help by other volunteers, guided by Boat Builders Bob Pitt and Rick Viera, has made considerable progress as the photos show.  Everything above the hull has been ripped off and discarded. The hard work on the interior is pretty much done. A small diesel engine has been donated to replace the outboard motor this boat used. 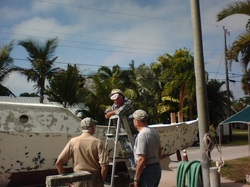 A couple of retired volunteers, Harvey Levine and Dick Scully (both 92) come to check on the work of the young fellows.   Barry Stephens answers some questions. 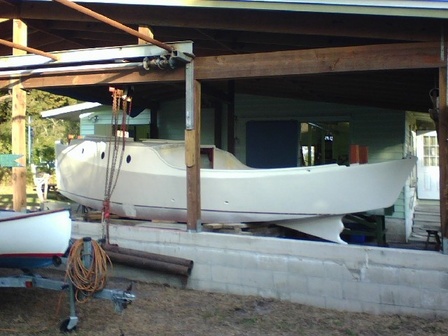 The new cabin design gives the Egret a sleek profile which the new paint enhances.  She needs a bit more work and then she hits the water.